History
ORIGIN OF NAME OF DISTRICT
The district of Raebareli, which was created by the British in 1858, is named after its headquarters town. Tradition has it that the town was founded by the Bhars and was known as Bharauli or Barauli which in course of time got corrupted into Bareli. The prefix, Rae, is said to be a corruption of Rahi, a village 5km. west of the town. It is also said that the prefix, Rae, represents Rae, the common title of the Kayasths who were masters of the town for a considerable period of time.
Since about the begining of the media level period of indian history the region in the south of which the area covered by the district of Raebareli lies has been known as avadh or subhah of avadh. In the north it streched as far as the foothills of the Himmalays and in the south as far as the Ganga beyond which lay the Vatsa country. There is no doubt that the district has been civilised and settled life since very early times.
The Quit India movement was inagurated on August 8, 1942 and the district did not lag behind any others. Again there was mass arrests, imposition of collective fines, lathi charges and police firing. At Sareni the police opened fire at an agitated crowed, killing and maiming many. The people of this district enthusiastically respond to the call of individual Satyagragha and large numbers courted arrest. At last, on August 15,1947, the country shook off the foreign yoke and achieved its long-awaited independence. Raebareli celeberated the event with benefiting glee and rejoicing in every home along with the rest of the country.

HISTORY OF DISTRICT AS ADMINISTRATIVE UNIT
History is silent about the Adminitrative status of the district prior to the Muslim invasion, except that it formed part of the ancient Kosla country.
At the begining of the 13th century, what is now Raebareli and the tracts around it were ruled by the Bhars who were displaced by the Rajputs and, in a few cases, by some Muslim colonist. The south western part of the district was occupied by the Bais rajputs. The kanpurias and Amethias, other rajput clans, established themselves respectively in the north east and east. During the rule of the Delhi sultans nearly the whole tract nominally formed a part of their kingdom. During the reign of Akbar the area now covered by the district was divided between the sirkars of avadh and Lucknow in the subah of Allahabad, the sirkar of manikpur which included the larger part of the district as it extended from the present Mohanlal ganj pargana of district Lucknow on the north west to the ganga on the south and to pargana Inhauna on the north east. The pargana of Inhauna corresponded to a mahal of that name in the sirkar of avadh. The parganas of sareni, Khireoon and the western portion of the pargana of Raebareli formed part of the sirkar of Lucknow. In 1762, the sirkars of manikpur was included in the territory of avadh and was placed under a chakladar.
In 1858, it was proposed to form a new district with head quarters at Rae bareli, as a part of the Lucknow Division. The district, as then constituted, was very different in shape

and size from the existing one and was divided into four tehsils, Raebareli, Haidergargh, Bihar and Dalmau. This arrangement resulted in a district of very irregular shape, 93 kms.long and 100 kms.broad. In 1966, owing to the change in the course of the Ganga the villages of katia Ahatima, Rawat pur, Ghiya, Mau, Sultanpur Ahetmali, Kishunpur, Deomai and lauhgi were transferred from district Fatehpur to pargana Sareni of tehsil Dalmau in this distri ct. 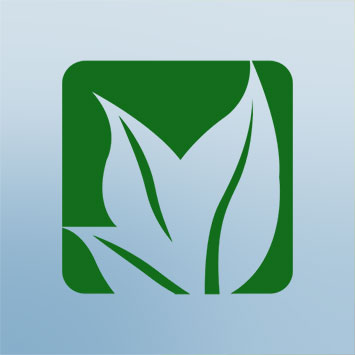